Home/Blog /Invoicing Made Easier: 15 Types Of Invoices You Should Know About!
Content Creators

Invoicing Made Easier: 15 Types Of Invoices You Should Know About! 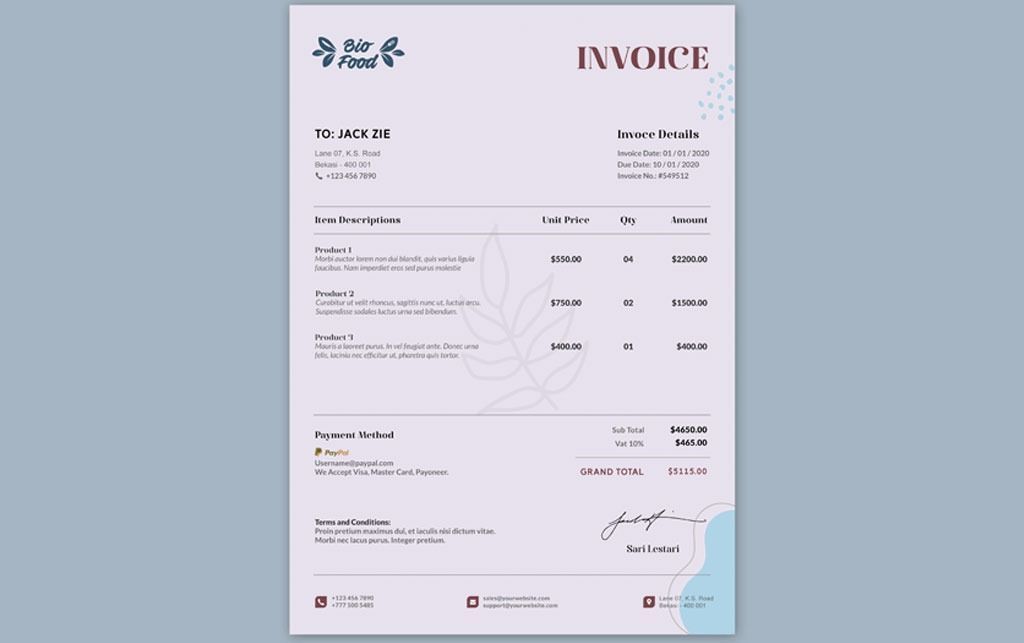 Invoicing is that part of a business where the product or service has been delivered and payment needs to be done by the buyer. It can also be defined as the process of making a statement known as an invoice that covers a detailed list of sales/services offered. There are different types of invoices based on various factors like purpose, stage of generation, bookkeeping, international use, etc. Invoicing services like PayPal, Squareup, Wave, and Zoho Invoice are examples of free online invoice generators for hassle-free invoicing.

15 Types Of Invoices You Should Know About

Some widely used different types of invoices are as follows:

A Debit Memo is also known as a Debit Invoice. It is an invoice alteration note issued by a business to its client for any extra service provided to them. It is generally used to issue ad-hoc charges or discounts or for demanding an extra payment against an extra service provided. It is also used to rectify invoice errors if any. They are similar to invoices but are issued to meet the balance amount in case a company partially pays or fails to pay an invoice.

A standard invoice is the most basic invoice type. It is issued by a supplier to the buyer as a request for payment. It is usually used by freelancers and small businesses because of its simpler template. The standard invoice comprises complete details of sales along with other details like client address, invoice number, tax information, date, etc.

A credit memo is the opposite of a debit memo. This invoice type is made when a buyer returns the goods. The selling company issues a credit memo for the same or lesser amount. The amount is automatically refunded to the buyer’s account. It is further issued as a rectifying step to write off the account balances such as reducing the invoice balance to zero due to a wrong debit.

A process in which the revenues are settled automatically without the issue of an invoice by the supplier is known as Evaluated Receipt Settlement. The seller issues an invoice for the receipts and purchase orders. Although the receipt must compulsorily refer to a purchase order and should have a defined invoice verification.

Collective Invoicing commonly known as monthly invoicing in Japan refers to an invoice for multiple services provided to a client over a predetermined period. The main aim of this invoice type is effective, low-cost book-keeping with fewer account transactions. It is usually used when a customer being regular is satisfied with monthly or quarterly invoicing already decided between the two parties. It is broadly used by physicians and hospitals.

The name itself suggests that it refers to a type of invoicing where the invoice is automatically made for a certain set of goods supplied periodically. The seller sets his invoicing system in such a way that the invoice is automatically sent to the client at the end of a predetermined period. It has proved to be an efficient method that saves a lot of time in case of repeating invoices of a particular customer. The supplier using this invoice type should regularly review the invoices and make changes like price flux or change in quantity, etc.

This type of invoicing flows in an opposite direction. The buyer sends an invoice to the supplier along with the payment. But for this to happen both parties should have decided on this procedure of accounting. The buyer in such a case should take the invoice as account payable and the supplier should take it as account receivable. Companies often use this system to ensure efficiency, uniformity, and accountability as all rules are stated in the contracts.

Timesheet is that type of invoice where the period of service is changed to an hour instead of days. It is generally used by lawyers, consultants, freelancers, doctors, and other contract-based employees. It is very common in businesses where clients are charged on an hourly basis and equipment rental companies where the rental charges are included along with timesheet-based charges.

A statement invoice is a summary invoice made after a certain break stating an incomplete payment by a customer during that period. It acts as a reminder to the customer for the unsettled bill and is mostly made at the month-end.

It is an invoice generated for a specific part of a project which has been completed and the funds required by the seller to support the remaining part of the project. It is mostly pre-decided between two parties. The payment for the complete project is first broken into small parts and then an invoice is created on completion of those portions. The taxation part should be compulsorily taken care of at every stage.

These types of invoices are a combination of both credit memos and debit memos. There may be positive amounts and negative amounts both with the total amount representing the final amount to be paid or received. Mixed Invoices are mostly used by big businesses but can also be used by freelancers.

A past due invoice is almost like a penalty charged on missing a due date for payment. The penalty may be a pre-decided amount which acts as a reminder for the customer. Past due invoices contain complete details of services provided along with the late fee specified.

It is not exactly an invoice but a kind of declaration of a list of goods/services provided along with the prices. It is more like a recorded obligation of the seller to the buyer for providing a service. It is used for documentation at the customs office in case of international trade. It is neither recorded as an account payable nor accounts receivable on either side.

Here, the commercial invoice is a declaration by the customs office providing details of both parties involved and a complete list of goods/services mentioned in the Pro-forma invoice. It has a fixed format and is used as the main document by customs. Other details required to be included in the invoice while making it are shipping quantity, packaging details, the weight of goods, etc.

The different types of invoices mentioned above were all manually generated but with the evolution of various online invoice generators free of cost today, most invoices are generated in a click. The invoice generators have reduced the burden of book-keeping. We hope that the article was helpful to you in understanding different types of invoices. Our main motto was to make the concept of invoicing crystal clear for you. Happy Invoicing!