Top 8 Gaming Jobs You Can Choose As A Career 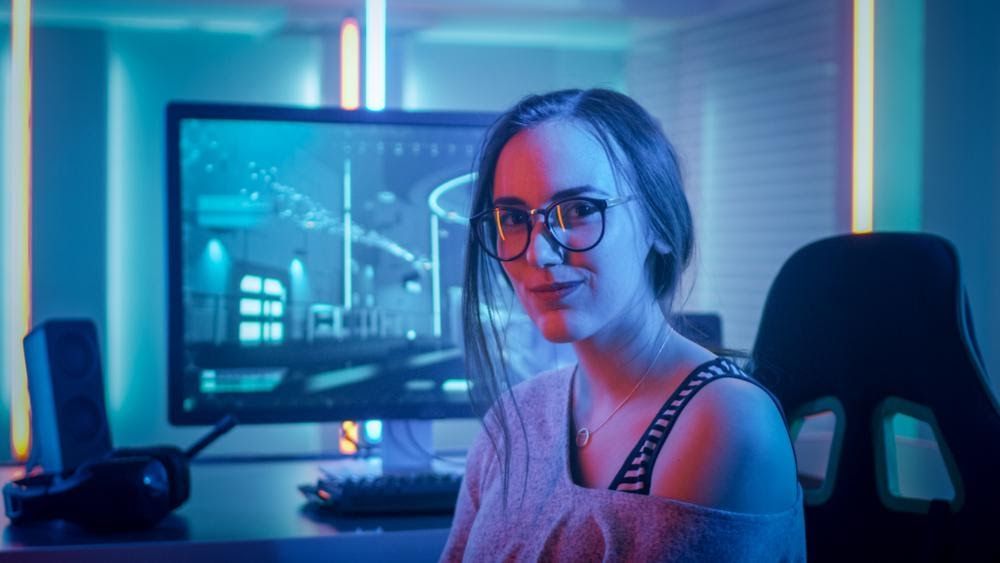 Have you ever taken part in street racing, been pursued by cops, murdered countless rivals, and saved your damsel from the roadside mafias in need? Ok, naturally, not in real life. If you ever wondered how to get out of your chair and grow a future in gaming when sitting behind your gaming console, you got to the right spot. In this article, we have listed out some great gaming jobs that you can follow up to build your career in gaming. So read the article and find out. The gaming industry has gained considerable ground with more than 2.34 billion people worldwide as a rapidly developing industry in the area of entertainment. The Indian gaming industry is making almost 890 million dollars per year, according to NASSCOM, and there are currently more than 100 game-developing organizations. Let’s look at some of the successful careers in the gaming industry.

Below are some of the top gaming jobs given that you can choose as a career:

They are the creator of games, the work of which includes every aspect of the game: settings, rules, plot flow, levels, characters, vehicles, weapons, etc. Game creators visualize the game model, which is then used by programmers, animators, manufacturers, and audio engineers to create the whole game. This is one of the best gaming jobs that one can follow up on to build a career in gaming. They also do initial market testing to ensure people like the idea of the game they make. They collaborate with the whole team and monitor them to ensure that the game experience follows the initial design.

The game is like a boat without a rudder without context. Narrative designers collaborate closely with game designers to bring meaning into the game’s story; how the protagonist became the villain? Why do they get defeated? For the narrator and the input texts, Words are the narrative designer’s instruments. However, they have to explain the situation rather than what they speak utilizing by utilizing means of gestures or movements of the characters. Their job is to add the cherry to the top of the game by determining the “plot experience” the player will experience in the game. This is among the most exciting gaming jobs.

Visual artists and animators provide the characters, events, surroundings, and sceneries of the game a physical structure. The skin structures of each character are provided with specifics, the watery gloss on the road while raining, or the shadows are described in line with the source of light. The graphic artist takes careful care of the way a character hops, snacks, rests, stands, and walks. The art department has different jobs, including concept artists, 3D modellers, and 2D/Texture artists. Each has different tasks and techniques. This can be a great option if you are searching for gaming jobs.

Recall the thud of the shot of his Kalashnikov fired by Max Payne and the screamy siren noise from the GTA Vice City police car? The sound designers and audio engineers produce all of this. With the aid of soundtracks and sound effects like a gunshot or car vroom, atmospheric sounds like transport, crowd movements, birds chirping, and so on, they add atmosphere to the in-game environment. Each game has a storyline and genre of its own, and audio engineers are working to create audio for it. They encompass the spirit of the game by combining complex sound effects with ambient sounds and background music in the audio they create to add life to the world of gaming. This is among the top gaming jobs through which you make a career in gaming.

The programmers apply the engine’s power. Their job is to build technological codes to run the concept of the game. To ensure that technical coding conforms to the nature of games and to live up to its artistic vision, they work in liaison with game artists, game creators, game producers, and sound technicians. Test the code of the software and correct the game errors suggested by the testers. The creation of a game is too complicated, and big teams of programmers are needed to produce a game. Therefore it is one of the best gaming jobs that you can look out for.

The role of game testers is not that different. Playing games all day long will be a dream work of any gamer. But Game Testers don’t just lie back and enjoy themselves on the stage with a cup of tea. They systematically evaluate the game, review the efficiency of the game, find glitches and recommend improvements to the programmers so that the game’s playability and consistency are enhanced before release. Testing the game requires repeatedly playing the same level until the absence of bugs or crashes is guaranteed. The job involves long hours of play and ensuring the players’ gaming experience is not damaged due to any faults. It is one of the most exciting gaming jobs that will help you to build a career in gaming.

When games are increasingly online, DevOps engineers have to build networks and servers and manage them. This is one of the top gaming jobs that you can look out for. Every individual player in online multiplayer games runs the game locally while communicating with web providers in the background, and the DevOps Engineer ensures that players connecting to their servers are running smoothly and securely. In general, the production team has a cross-functional role, and a DevOps Engineer can both understand and manage the network infrastructure activities. This ensures that it has to know the coding skills.

Journalists and critics are an important factor in the entertainment sector. If a new game is released on the market, they have useful feedback and reviews for the consumers. You should not judge a novel by its title, so a reviewer reads it, analyses it, and reviews it to help you change the entertainment quotient. This is one of the most potential gaming jobs that you can opt for. They are a combination of a player and a writer who play, appreciate and describe the dynamic of the game to the viewer in simplistic terms.

Now you have a list of some of the top gaming jobs through which you can build a career in gaming. The foreign gaming industry booms and the Indian market steadily catch up, giving gaming enthusiasts sufficient opportunities. It is a relatively young sector; however, the proliferation of connectivity to the internet and technology in the past two decades has expanded dramatically. India’s future is bright, so now is the perfect time to develop a career in this industry!