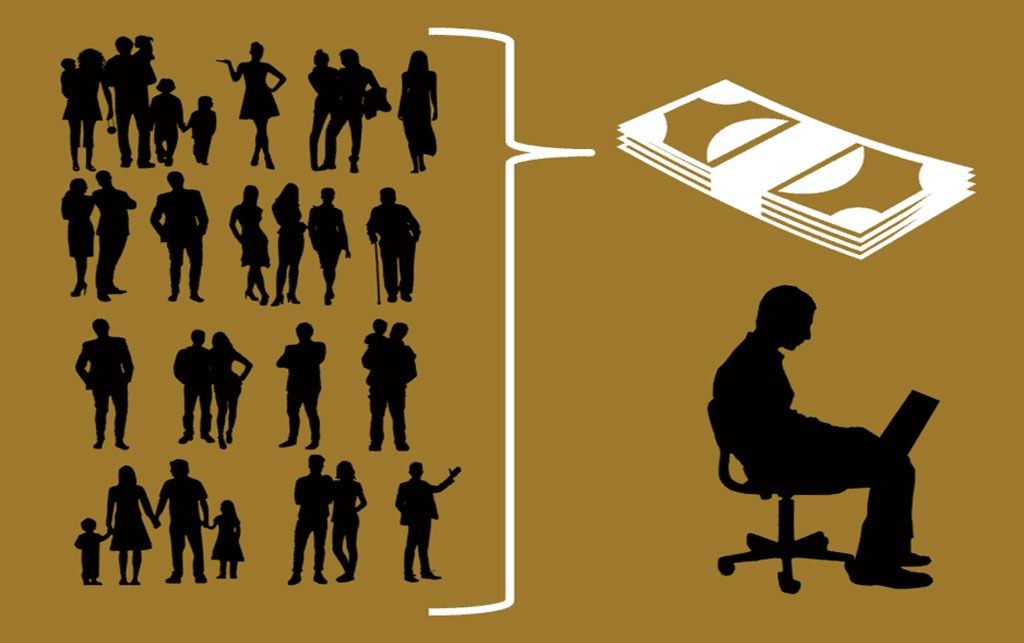 Crowdfunding is one of the best ways to get funded without putting in an initial investment of your own. And now that we have options to do it online, it has formed as one of the most beneficial ways to get funding without going anywhere. Therefore, when it comes to startups, many people look at online crowdfunding to get an idea about how much support their idea gets and also earn which can be later invested in the startup.

Here are the 5 reasons to seek online crowdfunding for startups:

It is better than the traditional methods

There are many methods of traditional fundraising as well. You can reach out to investors or get yourself a loan for the project that you’re working on. But both of these options would require you to put in some amount of initial investment to get the return. Also, the time and inconsistency of the output can be annoying after a while. Nobody wants to be stuck in lines to get a loan when he has an idea to work on.

Therefore, online crowdfunding for startups plays this role and is very successful in getting you to the right audience and being able to get some investment money without putting anything in at first. Also, you can save a relatively large portion of time because the entire process is online. Therefore, with good returns and by using fewer resources, online crowdfunding becomes a better choice.

You can better your idea

When you’re trying online crowdfunding for startups, you are exposed to the real audience. They will put forth their viewpoints and tell you some things that could be worked upon. This is one of the biggest benefits of online crowdfunding for startups. This is because usually if startups fail, it is because of a lack of a proper approach to a situation.

And if you can get that perspective in the very beginning due to somebody else’s thought, the chances of survival of your startup will grow phenomenally and you’ll be able to create some flawless. Public opinion will therefore serve as a crucial factor by being the direct customer feedback that you long for. Since you’re getting it in real-time, there is no way that you can simulate it through some survey researchers or get such ideas otherwise.

You get the social appreciation and validation

Nobody longs anything but a little pat on the back when he’s starting from scratch with an idea that he believes in. And online crowdfunding has this benefit. Through this process, you’ll be able to meet and interact with a lot of people. You will therefore be appreciated and people will be in awe of your idea. This appreciation will play a crucial role in providing you with the motivating of doing something again and to go on with this idea.

Many people start overthinking their ideas in the initial phases of the startups. This is because with a little failure from some ends, the hope of making it big shatters. But one of the biggest benefits of online crowdfunding for startups is that you will be appreciated socially by people other than your friends and family, whose appreciation you might sideline to being sympathetic.

You also gain supporters from the initial phases

When people will see your idea and know more about it, you will eventually start gaining clout. There will be supporters and adopters from the very beginning. This benefit is not available to many startups out there. But when you’re crowdfunding online, you get this advantage over the others. This is because of interacting with you and your idea, people will understand your vision and the idea behind it.

Through this, they will be able to relate with you and your thoughts. This becomes increasingly important when you’re trying to form something that the public must like. With supporters from the very beginning, you’ll also be able to be more calculative about the success and growth of your idea and startup. This can set in vision many things that might be blurred previously.

It helps in marketing

If you pay close attention to it, online crowdfunding for startups benefits them by being free marketing. Marketing itself means interacting with people and selling your idea to them. And you’re doing the same thing with online crowdfunding. Therefore, you are getting the advantage of having some investment, to begin with, and to add to that, you are also able to market your product.

This will also help because your startup will gain a certain level of media exposure through this process. When you’re in the business, you understand the level of importance that media exposure holds and how it can play out in your favor shortly. Some startups have blown after online crowdfunding because of the attention and media coverage that they got. This can help you by getting investors at your door without trying which is a dream for every startup founder.

Online crowdfunding for startups is essentially a win-win situation. Either you get money and advertising, along with other benefits, or the worst-case scenario would be that you get no money but you would still get suggestions and would be able to come out stronger the next time. Even with little to no investment through online crowdfunding, you will get many ideas on how to improve your brand to appeal more to the public. So largely there are many benefits of online crowdfunding for startups and there is hardly anything that pushes your startup downwards. Thus, it would only be fair to try it out and see how it goes for you.