8 Things to Remember If You Are Summoned For Jury Duty 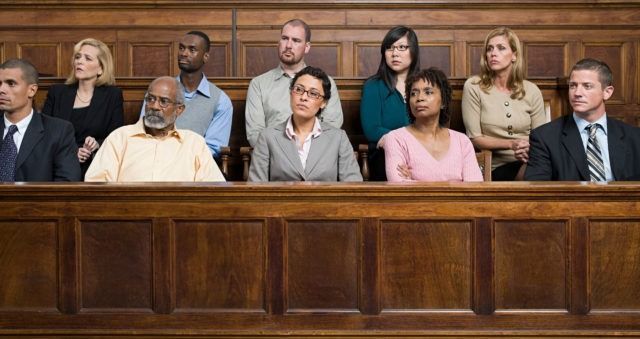 If you get a summon from the court about jury duty, you might find yourself perplexed about what it is about and what to expect from it. As a person who has not done jury duty before, the chaos is real. Those who have done it might be bothered about the days that they’ll have to take off from work and how they’ll be paid based on that. There will yet be some people who’d be looking forward to it and will celebrate at the mere appearance of the court summon. But what is jury duty and how does jury duty work? Jury duty is essentially your role in democracy.

You become a part of the jury and help the court decide on the case by presenting your opinion which is based on facts and pieces of evidence. This is an important part of any democracy as it involves a common man in the legal proceedings thereby keeping it fair. But what is the process behind this, you might wonder. Leave your worries for us to solve.

How does jury duty work?

Remember that an employer is legally bound to allow you to go for jury duty. However, paying or not paying for those days remains his choice. Another notable fact is that it is liable for you to attend the court summon without which you’re liable to pay a hefty fine and spend some time in prison.

However, in the case that your name is not called that day, you have to appear in the same place the next day to wait for your turn.

It can be any health issue, personal issue, or other professional commitment. If you want to exempt jury duty for that period, it is important to say it at that time. Once that you are completely explaining your side, the judge decides whether or not you will get to be relieved of your jury duty.

They have to remain away from any bias and have no interest in the benefit of any side which is involved in the case. Throughout the hearing, they have to maintain a tone of neutrality and only be moved by facts and pieces of evidence. The responses of the potential jurors are heard. Then, if someone’s response is deemed unfit or considered inappropriate based on the requirements of the courthouse, that juror is dismissed.

The courthouse is not liable to provide him with any information about his dismissal. However, even if you’re dismissed, you can be called to the courthouse later for another case and have to start from step 2.

After the response of all jury members is received, everyone talks and reaches a single verdict which is announced by the judge. However, if the jury is not able to reach a conclusive response, the jury is said to be ‘hung’.

Truly, jury duty is your part of democracy. It enables you to closely observe the process of justice from the place where it is served. You are legally obliged to appear for jury duty when you receive the mail for the same, so ensure to talk to your employer about it from the very first day.

In addition to this, even if your employer refuses to pay you for the time that you are on jury duty, the state is liable to pay you about $40 per day, depending upon the laws of the state about the same. If you’re dismissed from jury duty or not selected as the final jurors, you will have to do jury duty for another case or as ever it shall be considered appropriate by the courthouse.