Home/Blog /Look For An Excuse For Being Late To Work? 5 Excuses That Wil Get You Off The Hook
Content Creators

Look For An Excuse For Being Late To Work? 5 Excuses That Wil Get You Off The Hook 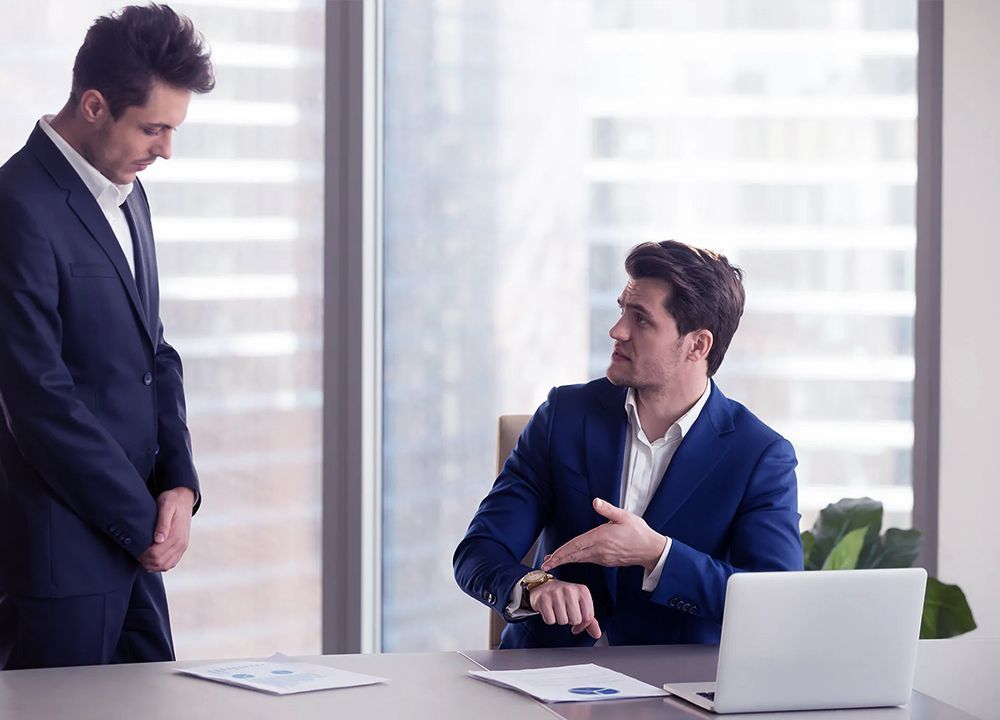 While some of us might be the early birds, waking up in the morning is a crisis to the rest. It can be very difficult to get out of your bed in the morning which can cause you any delays, which can also make you late for work. But you aren’t telling your boss that you forgot to set an alarm, or forgot to wake up at one, would you? You might need an excuse for being late now.

There has to be a certain boundary to being honest at all times. It can be detrimental to your job and cause some serious issues in some cases. However, it is not recommended to be late a lot, but you can always use an excuse for being late when the need arises. You don’t have to tell your boss you spent way more time getting ready or lost in your thought and forgot work existed. Use these excuses for being late and sneak your way out of any possible problems.

Excuses to use when late for work

Use these excuses for being late and sneak your way out of any possible problems:

One of the frequently used excuses for being late is the weather. This works especially well if you’re staying in a place relatively far off from the office and there is no Neighbour of yours sharing the same workplace as you. In these cases, using this excuse for being late can let you off the hook without the employer batting an eye about it.

This can be one of the good excuses for being late to work especially if the weather has been a little rough in the past week. You can mention high rainfall or a thunderstorm as the reason. Unless your boss is going to check the weather in your area to be too sure, there’s no way this excuse doesn’t work in your way.

The good old traffic excuse never fails to impress. Remember the time when you used to tell your friends you were on your way but traffic is making you late when you were actually in your bed? You can use this on your boss too and get away with it. This is one of the many good excuses for being late to work because of the sheer genuineness of the excuse.

Now there’s no way for us to be on roads and not encounter traffic at any time of the day. There are so many people driving off on roads that being in traffic is a part of our life. So if you’re telling your manager that you were late because of some traffic, most likely he will believe that. To add some detail, you can also add how a road was being constructed and therefore was blocked so you had to change routes. Unless he is extremely learned about the traffic status in the area you’re referring to, you’ll be fine.

A family member was sick or dead

This might sound morbid, but it is okay to make up a white lie about a family member being sick or even dead if the situation demands it to be. When your boss is fuming over you for being late and you have no reason for him to believe your real reason, it is okay to make this one up. Generally, bosses will not make many issues about you being late due to some health concern or tragedy in the family.

Usually, you can just get away making the excuse that the family member was sick and you had to go and have a look at them in the hospital or their home. This works as a pretty fine excuse for being late. However, if the situation in the office is getting a bit tense and a general excuse will not sail you through it, only then should you use the excuse of someone’s death. Try to make it as simple as possible and don’t add too many details. Chances are, you’ll be saved for the day with this excuse for being late.

Use your children as excuses

Have children? Use them as an excuse for being late. We know that sounds too wrong, to say the least, but then you got to do what you got to do. Using your children can be a great excuse as you can make up any story regarding them. Add that you were called in for a parent-teacher meeting at their school and had to go unexpectedly.

You can also say that your baby sitter didn’t show up and bailed out at the last moment. The manager will most probably understand that you can’t leave your kids alone at home and therefore you had to wait around until you could make appropriate provisions for it. Of course, he can ask you to ring the office once to inform you about it, but he’ll not scold you and your job will be safe.

Say there was a problem in the transit

You can also add that there was a problem in route reaching the office. It can be a problem with public transportation if you take one. Say that your bus or train was late and therefore you had to wait for it. However, if you are one of those who drive themselves to work, mention that your car broke down in the middle of the road and you had to wait till you got help or repaired it. This can be one of the very good excuses for being late to work.

Being late to work is not a good characteristic and in the long term can affect your productivity, your job and your whole career. Being tardy sometimes is excusable and there you can use one of these excuses for being late. However, you can’t get through everything with these excuses.

If you continue this behavior, your firm might completely drop you as an employee. On the other hand, if you’re trying to escape work that much, you should ask yourself if you even want to work there or need a new job? Using these insights, you can lead yourself to a successful career trajectory.