5 Most Important Backend Developer Skills You Must Know 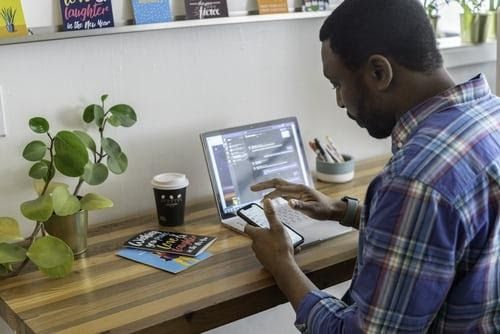 You already know that web developers are website-building programmers. But like most tech stuff are never such easy work obligations. Backend developer skills are a very vast and exciting topic to learn about. There are various developer functions and duties under the big umbrella of web creation. Web developer positions are usually split into two camps:

If you know about the position of software, you’re probably picturing front-end developers work while considering web creation. In the front end, developers use HTML, CSS, and JavaScript languages for creating the web pages that you are using in your web browser. Although front-end production can provide up to high-level programming for large technology firms, front-end work is also the wisest starting point for independent and side-hustle activities.

But we are also lovers of the underdog here — particularly if the ‘underdog’ really is another lucrative and versatile work opportunity. Yeah, the backend production is what we are all about. The question that arises is what backend development is? In this article, we have talked about What is Backend Developer and mentioned the backend developer skills list. So read the article and find out.

What is a backend developer?

Okay, the key argument is likely that web developers at the fronts are designing the web pages, menus, forms, and so on that people see and use, and backend developers are looking after the background engines that power the websites and smartphone applications. Backend web infrastructure includes definite things like:

Scripts for servers: Scripts are collections of commands in code that say “Do stuff” is done by computer programs. The “server-side” scripts allow servers of a site to respond to the activities and orders from the front (i.e., downloading the picture or video of a server and showing it on a user’s screen) (web hosting hardware that holds videos, photographs, or other data of a site).

The APIs: APIs are a series of routines, protocols, and resources that enable applications to communicate with each other. If you share an article, you just click the “share” button on Facebook or Twitter; it is an API that allows cross-platform sharing.

Backend developers are designing and updating the application and tools on the cloud and are therefore adding a lot of functions and tools to what users see on their devices, phones, or tablets.

Python is the belle of today’s backend developers and is now rising in popularity. Python is not a context language, nor is it very much like a server-side scripting language (it is a general-purpose code language). When the Python Foundation discusses the use of Python as a “glue language” for websites and smartphone applications, it uses it as backend acts to make it possible for software goods to work together on the front and rear ends of their work. If you want to add your front-end directories with the side of the server or background expertise, you should start learning Python. This is one of the most essential backend developer skills.

PHP is another scripting language that is common in backend web creation. A PHP script will make the latest blog posts instantly appear on the front of the site. PHP is the most common way to request server content. PHP scripts will also use conditional declaration (if/else/endif) to alter the display of the site and, depending on the user’s actions, apply information to a server. This is the second most important skill in the backend developer skills list.

Like Python, Ruby is a language for general purposes which is easy to understand and use basic syntax. Want to print on the phone “Hahaha?” Ruby looks like this command:

That is why Ruby is a beloved code language for fans and consumers, but Ruby isn’t fitted for web apps alone. Ruby on Rails is a software system that consists of pre-written Ruby code and templates that are formatted to be used to write the background and to convert Ruby to a background power. This is among the most important backend developer skills.

SQL is an industry-standard code language for communication and the maintenance of databases. This is one of the most effective backend developer skills. SQL is used to accomplish basic context functions such as upgrading or downloading data placed on databases for a website or smartphone app. Both big-name database systems, such as Oracle, Microsoft SQL Server, Sybase, use SQL as a backend language to administer their database.

No, this is not a self-care route; REST and SOAP are two Web technologies linked to the APIs we have previously listed. Again, APIs are software programs that communicate and exchange knowledge with various Web applications, and DEVS are called “API Architectures” by REST and SOAP (in other words, the platforms used to build and manage APIs). This is one of the most important backend developer skills that every backend developer should learn.

Of course, between front and backend web developer positions, there is a significant jump in average wages. Most of this has to do with TON ground front-end positions, while backend web development work is more advanced and has a steeper hurdle. That being said, a web development background can be very profitable if you want to spend time learning some specialized backend developer skills. The HTML, CSS, and JavaScript base start with the front end. If you’re going to read and work with these words and develop some expertise in creating websites in front of you, then take background knowledge as your next move.

Note that once you start, you never really have to stop learning tech skills, and more abilities equal more choices. To learn the skills from the backend developer skills list and make yourself a well-trained backend developer.