Home /Blogs /Is The 4 Day Work Week Policy A Boon In Disguise?
4-day-work-week-policy

Is The 4 Day Work Week Policy A Boon In Disguise? 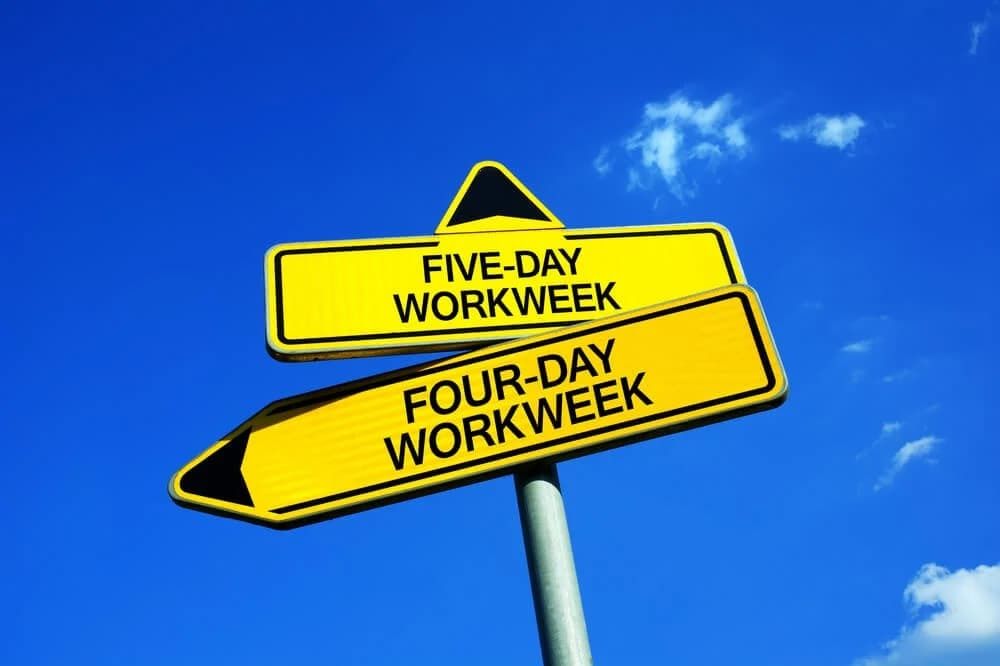 Do you know what's going on in the workplace right now? A 4-day work week may soon be a reality, so gather around the water cooler to hear the latest news. People should be able to work less hours and yet be paid the same, according to the TUC (Trade Union Congress).

Now, you may be asking how such a favorable circumstance might be achieved. Why would business owners allow their staff to work only four days a week? 'Why would they?' As a result, won't the business be affected? Your new robot coworkers are to blame. Technology advancements may allow staff to do the same amount of work in less time while still providing excellent customer service to clients. In this article, we will learn about the concept of a 4 days work week and its effect on the number of work weeks in a year. So let us get started.

When it comes to how and when we work, AI technology will have a huge impact on all industries worldwide. We're expected to witness an increase in remote and flexible work schedules, such as the 4-day work week, in the next several years. However, according to the TUC, the 4 day work week might become a reality within the next century if employers are obliged to share the advantages of new technologies with their workers.

A 4 day work week is already proving to be beneficial to several organizations, such as Perpetual Guardian from New Zealand. There are several benefits to a four-day work week for employees, companies, and communities. Employees' productivity and corporate output are unaffected by shortening their workweeks to four days.

What does a 4 day work week mean?

You may have come across a person who works compressed hours, which means they work 35 hours in four days. Workweeks with a four-day work week aren't compressed but rather shorter. For four days a week, the employee would put in around 28 hours, which would include a three-day weekend for the employee.

Since the late 19th century, we've been steadily reducing the number of hours spent in a typical work week to four days. A typical full-time worker at a manufacturing company worked 100 hours per week, according to US government estimates in 1890. Manufacturing workers only worked 40 hours a week by the mid-20th century. A 28-hour work week isn't all that innovative, either.

Advantages of a 4 day work week

This new notion of a 4 day work week is the result of recent technological breakthroughs. However, several organizations are already testing the notion, and the results are positive for both the individual and the company.

Sanford University did an in-depth study of the link and productivity and found a definite association. They are actually less productive than their counterparts who work a typical or average week.

There is no surprise here, considering that some of the world's most productive countries work an average of 27 hours a week—the same number of hours planned for a four-day work week in the UK. Despite its reputation for overworked workers, Japan ranks 20th in the world for productivity.

Nearly two million British individuals are now out of work because of childcare duties, and nearly 90% of these people are women, according to research from the Government Equalities Office. An egalitarian work environment would be created if employees could spend more time with their families and better manage their care and job obligations if the work week were reduced to four days.

Improvement in the morale of the workplace

Employees who work a 4-day work week are more satisfied and dedicated. As a result, employees are less likely to be stressed out or need time off for illness. To put it another way, they return to the workplace with a renewed sense of purpose and energy.

A shortened work week trial was undertaken in Sweden from 2015 to 2017. Five days a week, nurses at a care facility worked only six hours a day. Nurses reported fewer sick days, improved physical and emotional well-being, and higher levels of engagement as a result of the program, which saw them plan 85 percent more activities for the patients under their care.

Increase in the level of carbon neutrality

Reducing our work week from five to four days might have a positive impact on the environment, as countries with shorter work weeks tend to have lower carbon footprints. Workers don't have to travel as far, and major office buildings are only in use four days a week, as a result of the shorter workweek.

Using a shortened work schedule, the US state of Utah found that decreasing the average work week from five to four days had a major ecological impact. Closing the massive office building on Fridays reduced carbon dioxide emissions by at least 6000 metric tonnes over the project's first ten months, saving about US$1.8 million. For one year, Utah estimates that it could save 12000 metric tonnes of CO2, the equivalent of taking 2300 automobiles off the road, simply by working one fewer day each week.

A 4-day work week has numerous advantages, but it also has some drawbacks. A study involving Swedish nurses, for example, came to the conclusion that the initiative was not cost-effective in the end. A four-day work week might be challenging to implement since it necessitates the correct kind of support, technology, and company culture. New innovations will undoubtedly confront certain difficulties and drawbacks.

The Utah trial, which had some wonderful environmental outcomes as well as advantages for employees and employers, was actually closed because customers were dissatisfied. Customers expressed dissatisfaction with the lack of access to government services on a Friday since offices were closed.

Because chatbots and AI-powered websites provide clients the second option for support instead of depending on office-based workers, they might help improve customer satisfaction.

Many people mistook the idea of a four-day work week for a reduction in the number of hours worked. Employees who are required to work 35 hours a week over four days will actually be less productive, and their engagement, work-life balance, and general well-being may suffer as a result. With a four-day workweek consisting of seven-hour days, the necessary results may be achieved.

Human workers may soon be outcompeted by AI and other cutting-edge technologies, even if we aren't there now. We'll then have to make some important judgments about the future of work and how to best safeguard and promote the well-being of human employees. It is conceivable to have a meaningful career and a better work/life balance with a 4 day work week since technology makes it possible for the company to operate as usual.

Rather than only benefiting companies, TUC wants to make sure that everyone and not just employers, can make use of this new technology.